American president Donald Trump gave a statement When 20 youths from India have died in a clash with China. 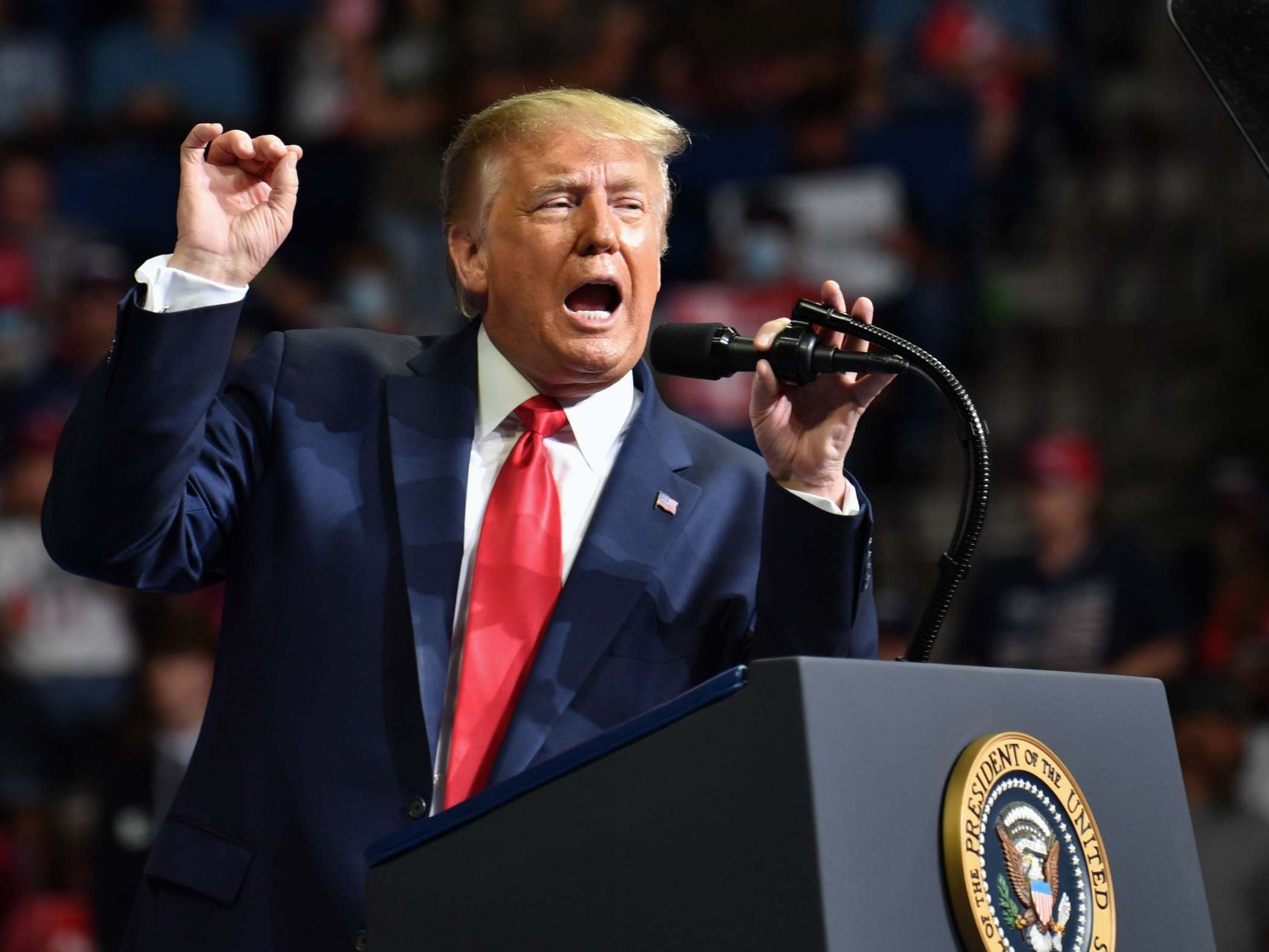 Trump said that will try to help.

US President Donald Trump said that during a “very serious” standoff at the India-China border, his administration is talking to both countries to “help” them to end the ongoing tension between the two countries.

Trump’s statement comes amidst the martyrdom of 20 Indian military personnel and heightened tension between the two countries in a violent clash between soldiers on both sides following the Chinese army’s incursion into the Galvan Valley of Ladakh earlier this week.

“There are very difficult situations there,” Trump told reporters at the White House before boarding Marine One to address his first election rally in the midst of the Kovid-19 crisis in Oklahoma.

We are talking to India.

We are also talking to China. There is a big problem with them. ”

Asked Trump about his assessment of the situation between India and China, he said, “There is a confrontation between them.

” Let’s see what happens. We will try to help them.

“For the last few days, the entire Trump administration has been standing in India’s favor in the case of illegal infiltration of Chinese army into Indian territory along the Line of Actual Control in East Ladakh.
The US has accused China of increasing tension along the border with other neighbors, including India.

It says that China wants to take advantage of the current situation of these countries fighting the global epidemic.

US Secretary of State Mike Pompeo said a day ago,

“The PLA has escalated tensions along the border with India, the largest democratic country, militarizing the South China Sea and illegally owning the territory there and Is claiming Earlier this week,

White House press secretary Cali McCain told reporters that the president was aware of the situation and that the US was monitoring the situation between Indian and Chinese forces along the Line of Actual Control in eastern Ladakh.
The President said that earlier on June 2, there was a phone conversation between India’s Prime Minister Narendra Modi and Trump, and both discussed the situation of the Indo-China border.

Al Trump, co-chairman of the Trump Victory Indian American Finance Committee, said, “There are a close relationship and trust between Trump and Modi.”

He said that statements from the White House, the Ministry of Foreign Affairs, and the US Embassy in Delhi Display.

The Republican MP said, “As more reports of violent conflict between China and India are coming, it is once again that China is appearing as the aggressor villain.”

There were 15 China soldiers in India

According to sources aware of the report sent to the government on the development,

If China caught 10 soldiers of India, at one time even 15 soldiers of China were in the possession of the Indian Army.

India left most of them amid the exercise to resolve the matter so that the heat of the dispute and tension would not erupt.

But a lieutenant colonel rank officer of the Chinese army was not released until China agreed to retreat from petrol point 14 on the Line of Actual Control in the Galvan Valley and return the Indian troops near it safely.

China had a double loss

China suffered double damage. China may have negotiated with Pakistan at gunpoint and with the state of war.

Not only this, if India lost 20 soldiers, then the losses were also to China.

According to Indian estimates, this figure may be more than double.

Chinese soldiers surrounded some Indian soldiers and pulled them to their side.

At the same time, Indian soldiers had also seized more than a dozen soldiers, including an officer from China.

Later, in the process of resolving the matter in senior officer level talks, the two left each other’s soldiers.

Indian Army will stand on Fronts

But still, he has not saved his military gathering in this area. Not only this, but the face-to-face situation remains intact in other areas also.

In such a situation, the Indian Army will stand on its fronts until the situation is completely resolved and the Chinese army retreats.